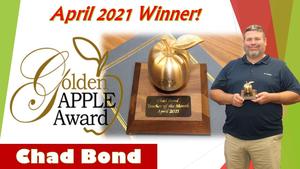 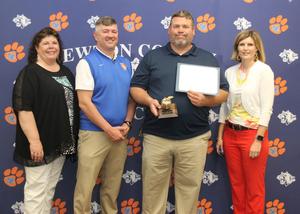 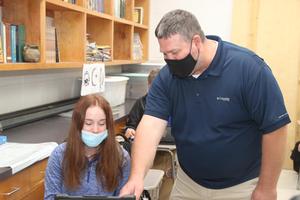 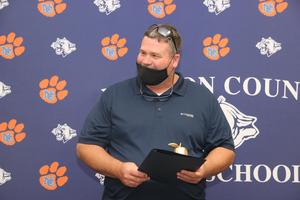 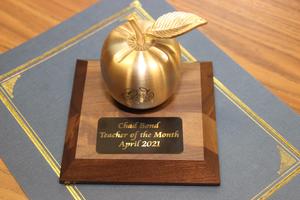 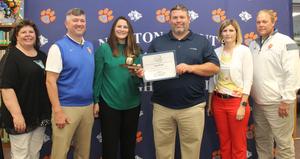 DECATUR — Chad Bond shows compassion not just on the tennis court, but also in the classroom.

"It’s very humbling and I appreciate it so much," said Bond, who was named as the Golden Apple Teacher of the month on April 14.

"People talk about teaching not being a job, but a calling," he said. "I definitely feel that way – it's about the impact you have on the students and their lives."

A native of Hickory, Bond graduated from Hickory High School in 1991 and has been working at Newton County High for 26 years, where he teaches history.

"I didn’t know I wanted to be a teacher until I was in college," Bond said. "I love being able to teach kids that if we learn from the past, then that's going to let us know what we need to do for the future."

Bond said he makes his classes interesting by relating topics to current events, because history isn't just about the past; it can also relate to the present.

"I think of history as a story," he said. "If you just tell it to people, the material takes care of itself, you really don’t have to jazz it up."

He also likes teaching military history because his grandfather fought in the Pacific Theater during World War II.

"I grew up listening to him tell stories about his experiences in the war," he said.

In addition to his classroom duties, Bond coaches the school's tennis team.

"I'm a teacher first and I approach coaching like teaching," he emphasized. "I think more of myself as a teacher than as a tennis coach."

In a nomination letter, a student noted that even though Bond's classwork is challenging, it has prepared them for college.

"This is the best teacher I've had this far in my academic career," the student wrote.

Another student described Bond as great coach on the tennis court.

"He's a valuable member of our community and he holds a special place in my heart," the student wrote in a nomination letter.

Bond said his biggest reward is the impact he has on students long after they leave his class.

"I love it when they come back and say they want to be a teacher and didn’t want to be before," he said. "It's even better when they say 'I want to be a history teacher.' You have to pass the torch on."